An Evening of Wine, Song and Good Fun in Nashville – Deltek 2017 Client Event 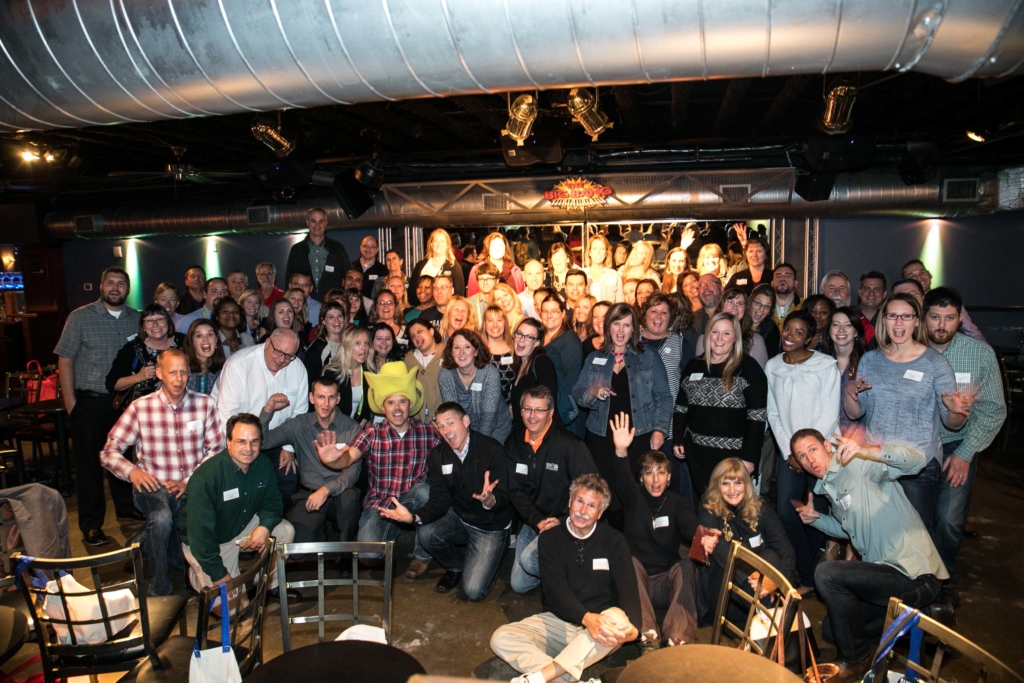 And, with good reason.

Nashville is the home of the Grand Ole Opry, the annual Country Music Awards, the Country Music Hall of Fame, the Johnny Cash and Patsy Cline museums, and so much more. It literally breathes in and exhales music 24 hours a day.

Just take a short stroll down Broadway from 1st Street (on the shores of the Cumberland River) to 5th Street to be swept away by the musical magic that is Nashville’s Honky Tonk District.

Almost every single building on both sides of the street boasts a honky tonk with live music. And, the honky tonks don’t limit your musical choices either. There’s usually a band on the ground floor, the second floor and on the third floor where that floor can be indoor, outdoor, or a combination of both. You just keep climbing stairs until you find a band you like and stay as long as you want.

That five-block walk is a music lover’s buffet and should be an absolute “must” for everyone’s bucket list.

It was to this backdrop that Maria Vedral, the president of SilverEdge Systems Software, took more than 70 of her clients — who were in town for the annual Deltek Insight Convention on Oct. 23-26, 2017 — out for an evening of wine, song, and good fun in the heart of Nashville. 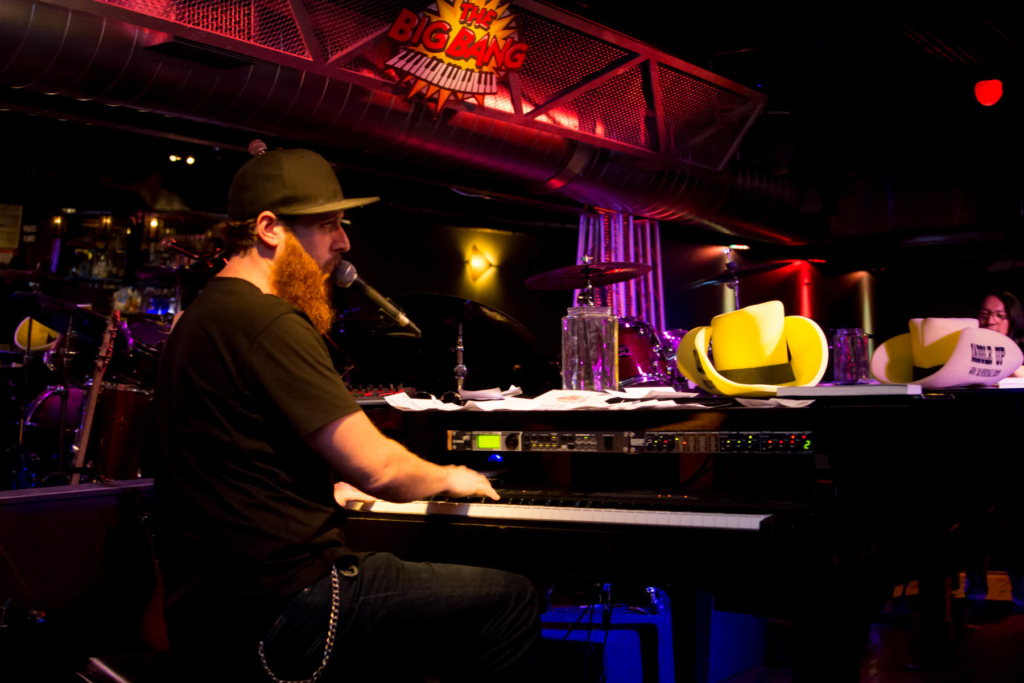 SilverEdge clients boarded two buses at the Gaylord Opryland Hotel around 6 p.m. and were quickly transported into downtown Nashville. They were dropped off outside the historic Ryman Auditorium (the original home of the Grand Ole Opry) and then escorted two blocks to the Big Bang Dueling Piano Bar.

As the clients climbed the stairs to the second floor bar, you could hear music. As you got closer and entered into the bar, clients could clearly make out the toe-tapping melody of the 1980s popular hit Footloose.

Once inside the bar’s front door, the Big Bang staff — bartenders and waitresses — clapped and cheered for the arriving crowd. It was easy to see the clients were surprised and thought that maybe someone famous was arriving.

It took a second or two for the clients to realize that “they” were the special guests being cheered. It brought big smiles to the entire group.

So did the hors d’oeuvres they served, especially the pork belly (think extra thick bacon).

A short time later, as the clients settled in for a catered dinner, Tyson Leslie, Geoff Smith and the rest of the talented Big Bang Dueling Piano players sat down to do what they do best — take requests and play any song (really) from memory. They played the top tunes of artists such as Elton John, Tom Petty, the B52s, Electric Light Orchestra, Jerry Lee Lewis, Willie Nelson, Waylon Jennings, Johnny Cash, Billy Joel, Bob Seger, Def Lepard, Alabama, Stevie Wonder and many more.

And, yes, they played Don’t Stop Believin’ by Journey, the bar’s most requested song.

The singing and piano playing went on for three hours with brief onstage participation by the client audience, especially for the hit song YMCA by the Village People.

When it was finally time for the evening’s festivities to end, only about half of the clients opted to go back to the Gaylord hotel. The rest decided to stay a little longer and check out the dozens of other honky tonks in the area.

That’s the kind of influence that Nashville has on you — you just don’t want the music to end.

Those who did travel back to the hotel were gushing with compliments for Vedral and her SilverEdge staff — Senior Consultant Deb Eastberg, Programmer/Custom Solution Developer Dennis McGuire, CRM Consultant Adam Sitterding, and Key Account Manager Tiffany Morrow.

“Maria is very gracious for her clients,” said Karen Freeman, the Director of Finance for Harris and Associates of Concord, CA. “SilverEdge is a very good company. The whole team is very responsive. I work with Deb and Dennis. They are so dependable and kind. I feel they are a partner with Harris.”

Jesi Cannon, with BHC Rhodes, said this was her third time being entertained by SilverEdge while at the Deltek Convention.

“They know how to give the clients a good time,” Cannon said. “The food was great and (the Big Bang) had a good atmosphere.”

“It was awesome fun. Just fantastic,” Garcia said. She also praised Dennis and Adam for their willingness to work with her.

“Maria and her team are just amazing,” Clark said. They’re always there for their clients and we want to reciprocate.

Kendahle Artis, also with Primera Engineering, made it clear how she feels.

“I so look forward to this event,” Artis said. She also added that it was nice to be able to share knowledge with other clients and the SilverEdge staff.

Matt Dvorak, also of Primera, admits this was his first time going to a SilverEdge event and was stunned by the hospitality.

“At SilverEdge, our team gets tremendous delight and satisfaction in serving our clients and supporting their continued success,” Maria shares.  “We are truly blessed and grateful for the best clients ever!”